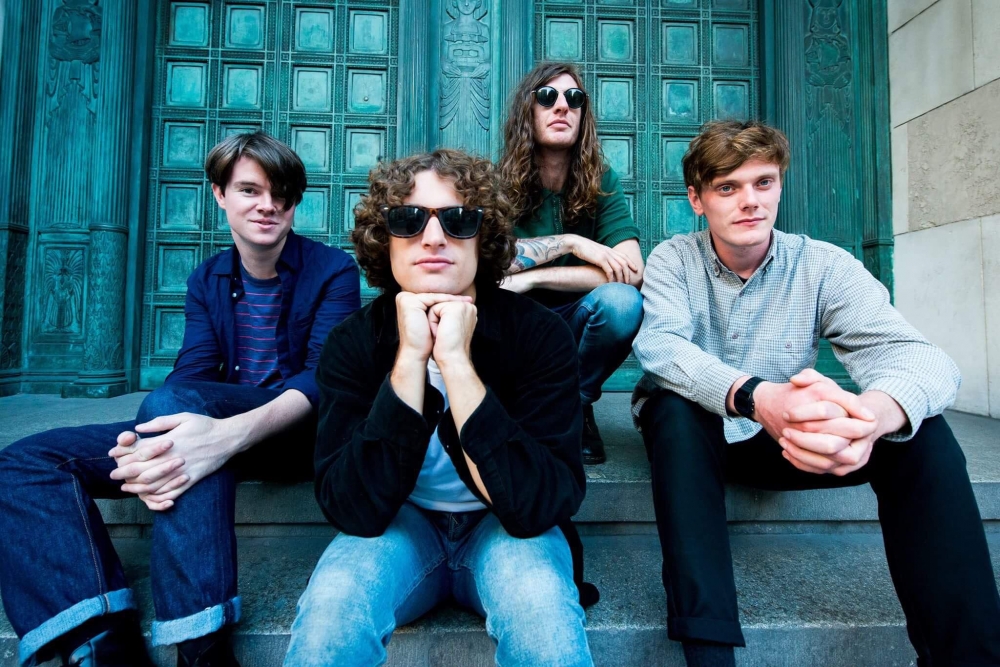 
Kicking up dirt in the warehouses and industrial practice spaces of Liverpool, Sugarmen’s sound thrives far more on the grit, gristle and grins of big cities’ darkest corners than the bright and breezy world of the Beat generation. Forget what you know about their hometown’s musical legacy - ‘the B-word’ has no place amongst the eccentric, individualists’ world of their debut album Local Freaks.

Brought up in musical households along the Mersey, the group’s passion for the art form flows through their veins. “There’s a saying in Liverpool: ‘If your dad’s a butcher, you’re a butcher’, and I think it’s the same with music,” explains frontman/guitarist Luke Fenlon, who hails from a long line of musically-inclined family members: his father, uncle and even grandma all stood up on stage in years gone by. It was a love of New York’s early 00’s indie renaissance and its storytellers’ mindset that first grabbed Luke’s attention though - The Velvet Underground in particular. “I was obsessed with that, it’s what got me into music,” he admits. “I still go back to it now - they’re those bands that will stick with me my whole life.”

After years grafting in various going-nowhere bands and solo projects, Luke and fellow songwriter/guitarist Chay Heney decided to act on impulse. “We came back from London on the train one day, pissed, and formed the band that night,” Luke laughs. Within days they’d signed the lease on a practise room in an industrial part of the city, selling Xboxes and living off pennies to afford the space. Thrashing through ideas in that confined room, they launched snippets back and forth - everything from punk-rock mania to Metronomy-esque disco-pop got an airing as they exorcised every one of their musical desires. Distilling those ideas back down through a guitar-bass-drums filter, Sugarmen was born once Sam McVann (drums) and Tom Shields (bass) entered the room with them.