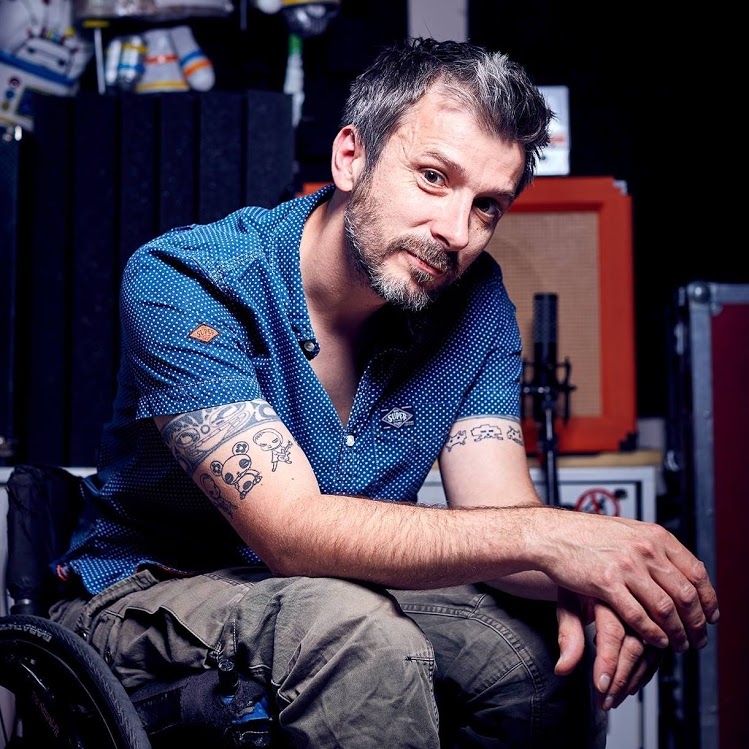 Rob Maddison is a producer and musician for the artists Revenge of Calculon, Spaceships are Cool and Yunioshi as well as creating production music for film and television. His recent work includes co-writing music with film composer Simon Boswell for a virtual reality app to celebrate the 20th anniversary of the cult sci-fi film Hackers.
Rob has performed all over the world, including playing at festivals in the US, Canada and Iceland as well as at UK festivals such as Glastonbury, Dot to Dot, Y Not, ComicCon London and the 2012 Paralympics.

After a spinal cord injury in 2008, Rob is now a wheelchair user and is involved in promoting awareness of musicians with disabilities.

Panel: Break down barriers, we will come