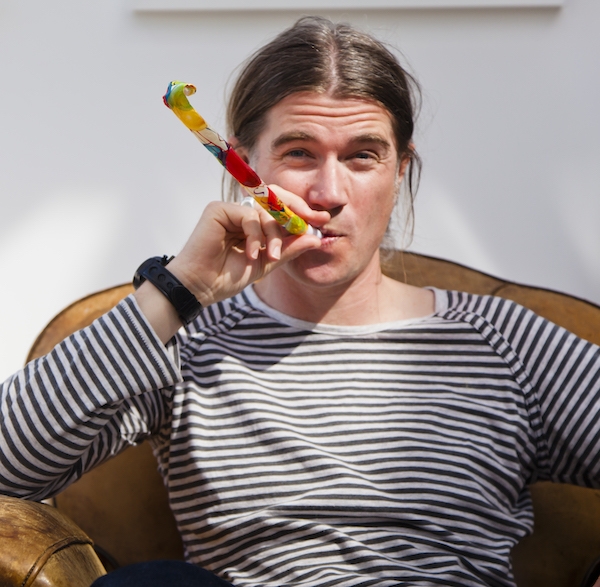 
‘Everything we do feeds back into everything else we do... mostly in a series of happy accidents,” says Rob da Bank cheerfully. This statement sums up a career that has slowly, incrementally and, most of all, with a smile on its face, bloomed into a near two decade higgledy-piggledy success story. Da Bank is at the centre of a holistic operation, the human lynchpin drawing together multiple excitements and adventures: overseeing Camp Bestival feeds into his Sunday Best label which, in turn, inspires his Earworm music film and TV sync business, which spurs on his world-wide DJing gigs, which flavours his radio shows, which... well, you get the picture! Then there’s his numerous charitable adventures from his Rob da Bank Music Club near his home on the Isle of Wight to climbing mountains and sailing the seven seas to help young people in need.

Yet this isn’t part of some ruthless, Machiavellian masterplan. Rob is still the same genial, pony-tailed fellow who, nearly twenty years ago, ran the lunchtime Sunday Best parties (entrance famously 99p, DJ Harvey as a monthly resident) upstairs at the Tea Rooms des Artistes in Clapham, back in his days as a roving Muzik magazine journalist. Since then he’s pursued his dreams with a haphazard vigour that made them happen, hosting his own show on BBC Radio 1 for a massive 12 years and being chosen to stand in for the late great John Peel, from composing soundtrack music to signing film director extraordinaire, David Lynch, to his Sunday Best label and now training as a yoga teacher.

His musical style goes all the way from his ambient and electronica roots, through funk, soul and disco sets, his acclaimed Purple Rave tribute sets to Prince up to fluid house and techno sets that he’s played in clubs and festivals his whole DJ career. Who knows where he’ll end up but we know it will be good!