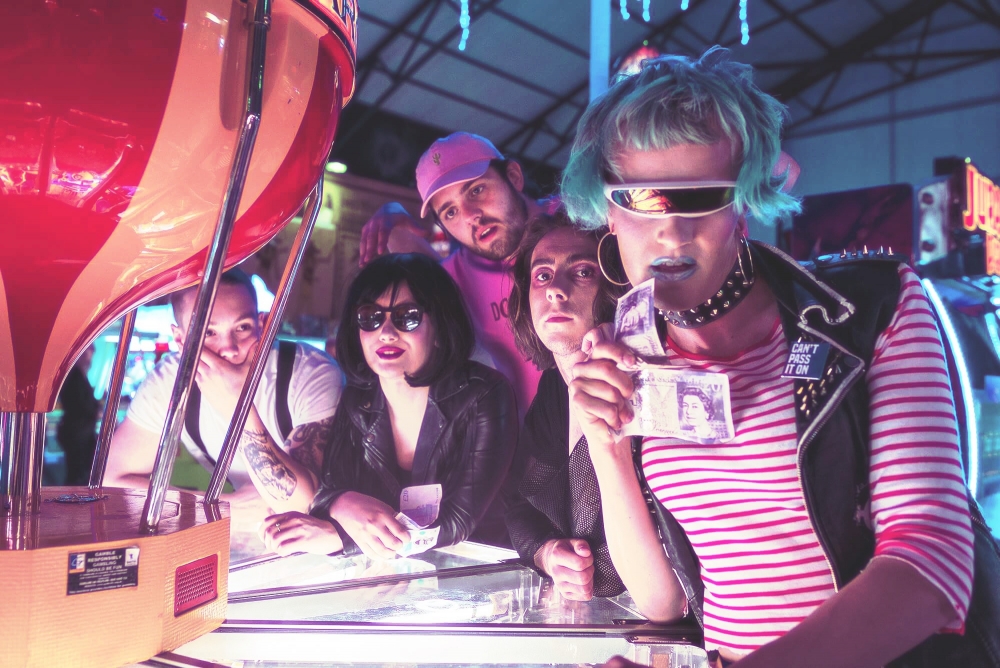 
We've got no time for music, art or politics that are bland,” say Liverpool newcomers Queen Zee & The Sasstones “Bands that sing songs about nothing, that aren't musically adventurous; art that is just a heap of clay with no purpose except for Facebook likes and Instagram followers.”

Fronted by the direct and articulate Queen Zee (vocals/guitar) the band is completed by fellow songwriter and multi-instrumentalist Em, aka Em Dee (guitar), Frank Flag (bass) and The Gimp (drums).

With Zee and Em both in and out of “shit hardcore bands” as teenagers, eventually landing on solo projects just so they could play shows, one of Zee’s online demos subsequently caught the ear of Em, who got in touch asking if he could play guitar on the project.

“I'd met him a few months before when both our solo projects had supported a black metal artist” says Zee “Until that point I'd had no intention to play live with Queen Zee, it was my goodbye to playing music. I'd been whacking the name on gig posters I'd been running as a dumb joke. So with a few days to go we took the joke a bit further and played the first show, which featured 5 minutes of music.”

A review of that first gig claimed that the band had covered The Prodigy’s anthem ‘Firestarter’ - which they hadn't - “but we thought it‘d be funny to spread that around, and now someone on the BBC has read it out” smiles Zee wryly.

Drawing heavily on a variety of musical influences from the 70's garage rock explosion to the world of 80's pop, for Queen Zee, blurring the lines between the establishment and the DIY scene is something the band are clearly already au fait with.

Listen to them here!