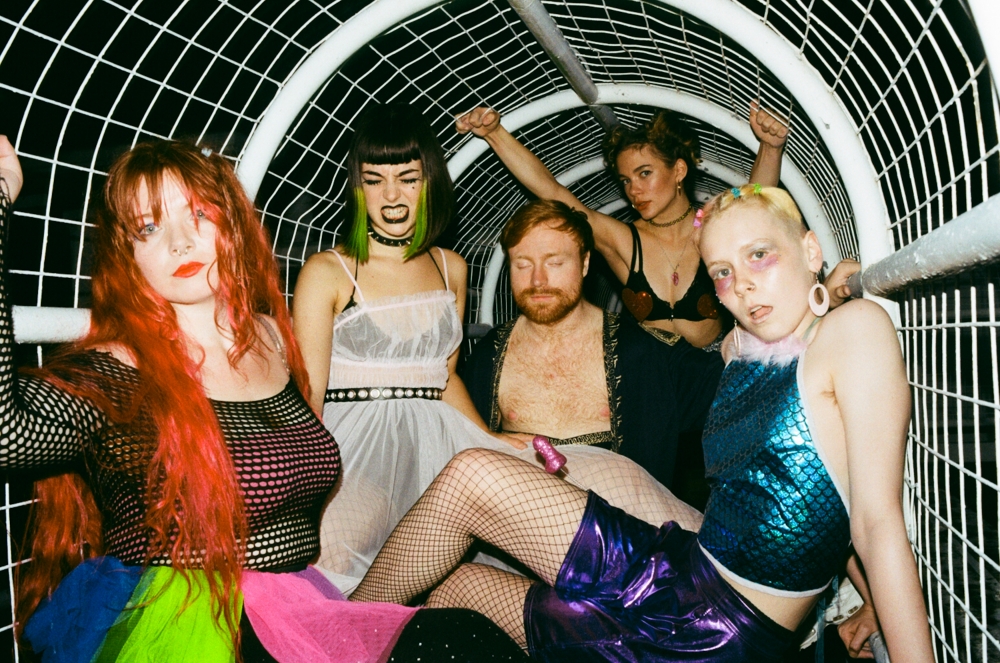 
The hype surrounding pink kink is fast reaching fever pitch. Seeming to draw influence from garage, punk, shoegaze, jazz, psychedelic rock and art-pop, their music shifts seamlessly from genre to genre without at any point feeling embellished or forced. With a provocative live set, their hard-to-define presence has cast a spell on fans throughout the Northwest.

Through subversive underground shows, the band have already made an impact on different communities in the area, while also emerging above ground to play more conventional gigs alongside The Moonlandingz, HMLTD, Mannequin Pussy, Goat Girl, PINS and Dream Wife.

Disco-punk debut ‘bubblebutt’ trolls the cat-callers - loaded with satirical and incisive sentiments toward every-day sexism. Originally an in-joke called ‘the troll song’, the revamped ‘bubblebutt’ became a signature track, when in early 2016, Matt Wilkinson aired a live demo on Beats 1 and proclaimed pink kink “one of the best unsigned bands in the UK right now”.

Hotly tipped ‘munchie magic’ is to follow - a sex-positive, stoner-love pop track, that will stick in your mind like chewing gum sticks to the sole of your shoe. In unanticipated contrast to ‘bubblebutt’, surfy guitars and Tarantino style riffs float through the song, while the gang vocals bolster the irony of the junk-food lyrics.

Antifascists with an empowering feminist message and glittery DIY ethos, the purposeful girl-boy band offer a fresh perspective on the contemporary reality that surrounds us – prompting waves of discussion and a shift in consciousness. Originating from the Basque Country, Montana, Oslo, Bavaria and Sunderland, the unlikely 5-piece could quickly become one of the most relevant new bands in the UK.

Find out more and listen here!