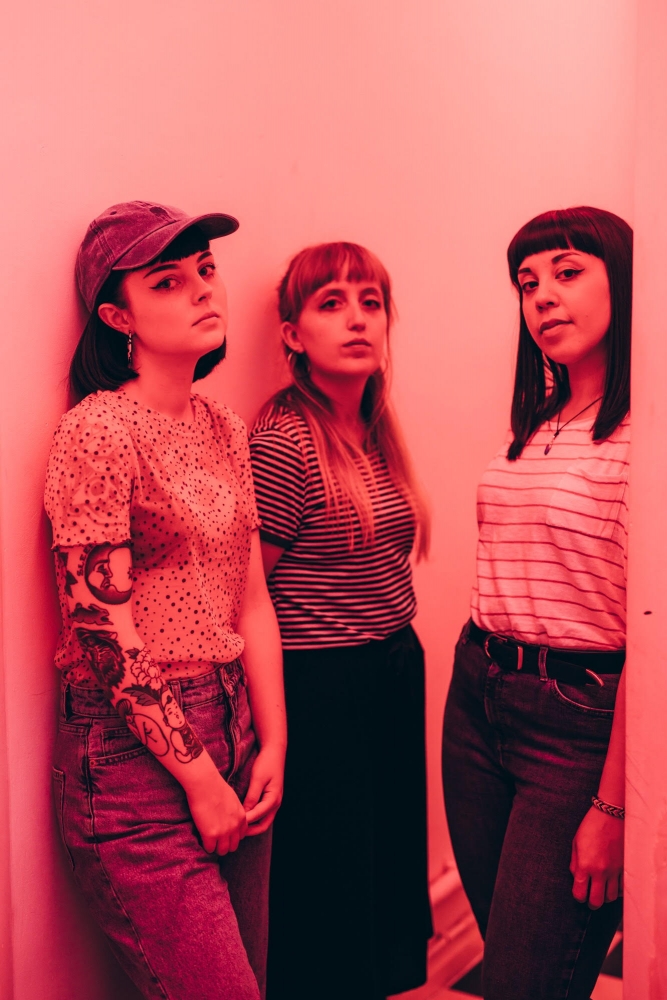 
Formed in Chester, England in late 2014, three piece indie-pop band Peaness are the kind of instantly likeable, warm and creative people that can get away with having radio DJ’s blush like a peach every time they have to say the band’s name on the airwaves. Lucky really, as it’s a phenomenon that’s becoming increasingly more common with spins racking up at BBC Radio One, BBC6 Music, Radio X and more as this burgeoning bunch of friends grow quickly into the big shoes that the early press-hype has set out for them to fill.

Referencing the likes of Sex Bob-Omb, Courtney Barnett, Death From Above 1979 as influences in the early days, the band say the key ingredients for the perfect Pea-pop song are “slow-punk, fuzz-pop, indie pop and DIY - it's got to have that punk ethic, but be a bit more polished”, and whilst much of their material is packed with melody and feel-good choruses, their lyrical content treads a smart line of light-hearted commentary on some timely social and political themes. “A lot of songs come from the conversations we have” continues Jess “‘Ugly Veg’ came from a documentary we watched about food waste. We got quite wound up by it and we wrote a song about it. Our songs just come from the things we talk about and things that are relative to people our age. There’s a lot about relationships and escapism too. We might comment on political things sometimes, like on ‘Oh George’, but I wouldn’t say that we’re a political band.”

Spending the last few months of 2017 working on new material and slotting in further live dates, more specifically with The Cribs (who contacted them personally!), everything’s looking pretty rosy right now down on the Peaness veg patch.