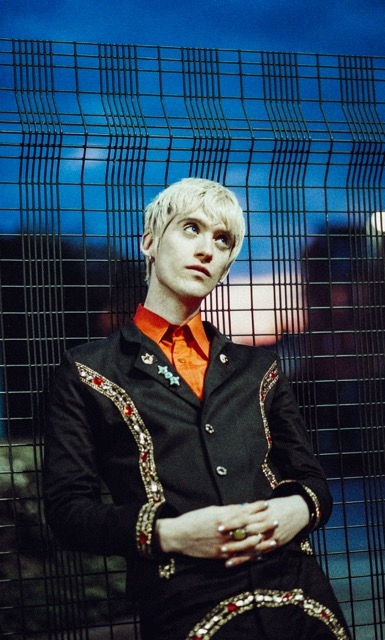 
After touring the world with Hans Zimmer for over a year, Nile Marr has chosen to return to his Mancunian roots with his solo project. The 27-year old guitarist,singer and songwriter is Manchester born-and-bred, but has spent a number of years in Portland, Oregon.

Growing up in these two epicentres of the global music scene, and spending his youth surrounded by great artists such as Modest Mouse, Talking Heads and Broken Social Scene has strongly influenced Nile's life and art. Nile Marr's 2016 debut album “TV Broke My Brain” was released under the name Man Made and received widespread acclaim throughout the indie scene, on both sides of the Atlantic. ManMade spent several years on the road, earning themselves a reputation as a forceful live band.

Now though, Nile is back with another slice of exquisite songwriting and brilliant guitar pop, harking back to the golden age of the genre. Nile says “These days everything is set up for you to not leave your house, so if people have left the house to come and see you play you have to treasure that. You have to work for that. If you treat your audience with that level of respect, then I think you're already setting yourself up for something good”. As it happens, “something good” is a massive understatement when it comes to describing Nile Marr live. His respect for his audience clearly shines through, giving every show his all. This is an artist who must be seen and heard to be believed.