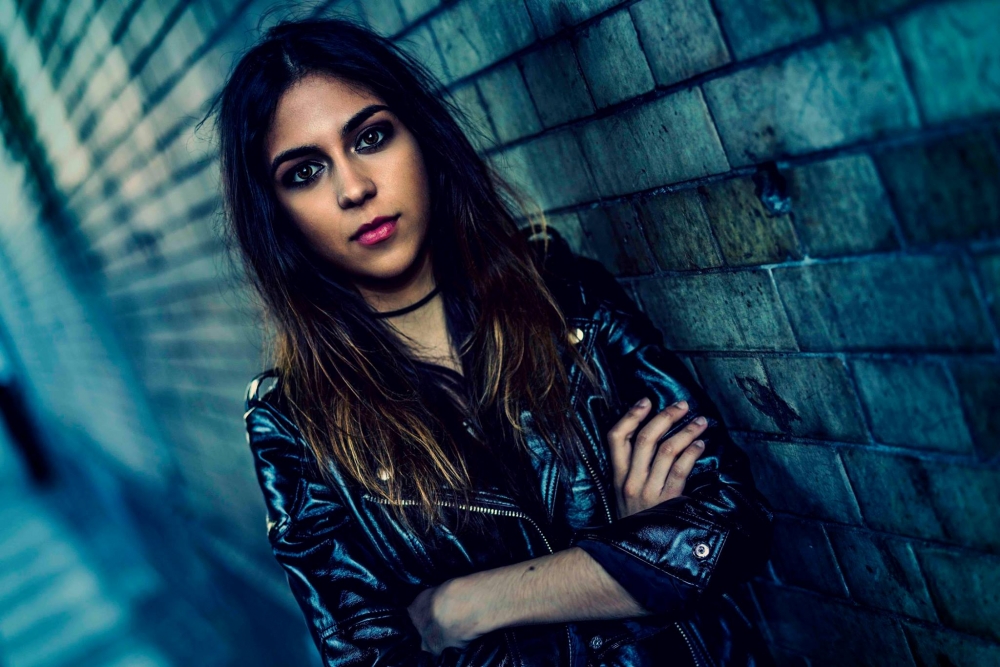 
Picture an amalgamation of delicate vocals and ominous indie rock. Vocal lines that shift from airy to powerful in the split of a second. Nadia Sheikh is a genre chameleon that mixes strong indie rock tracks with timeless pop tunes and heartfelt acoustic songs. Quirky melodies and catchy choruses that stick with you. With an impressive cultural background, the half British, half Spanish artist has the power to captivate you with her haunting voice.
With a debut EP and an array of singles receiving airplay by BBC Introducing, BBCR2, Radio X, RNE and Radio 3 (Spain) Nadia is set to make her mark on the music scene. Nadia has also released a collaboration with Jamie Morrison (soul of Pop Morrison and drummer in Stereophonics), was tipped as one of This Feeling’s ‘Big in 2018’ artists, and has performed all around the UK and Spain,including the Isle of Wight Festival and FIB (Benicassim festival).

Her latest single ‘Toxic’ caught the attention of tastemakers being chosen as John Kennedy Recommends TOTW and being added to the Evening Playlist on Radio X and Planet Rock as well as being played on The Rock Show by Johnnie Walker on BBCR2 and Janice Lonce on BBC Radio Wales.

"She’s had a fantastic run of singles and has such a great live reputation and this song replicates the energy of what she does" - John Kennedy, Radio X

"There is definitely something timeless, classic and global about born pop star" - The Zine