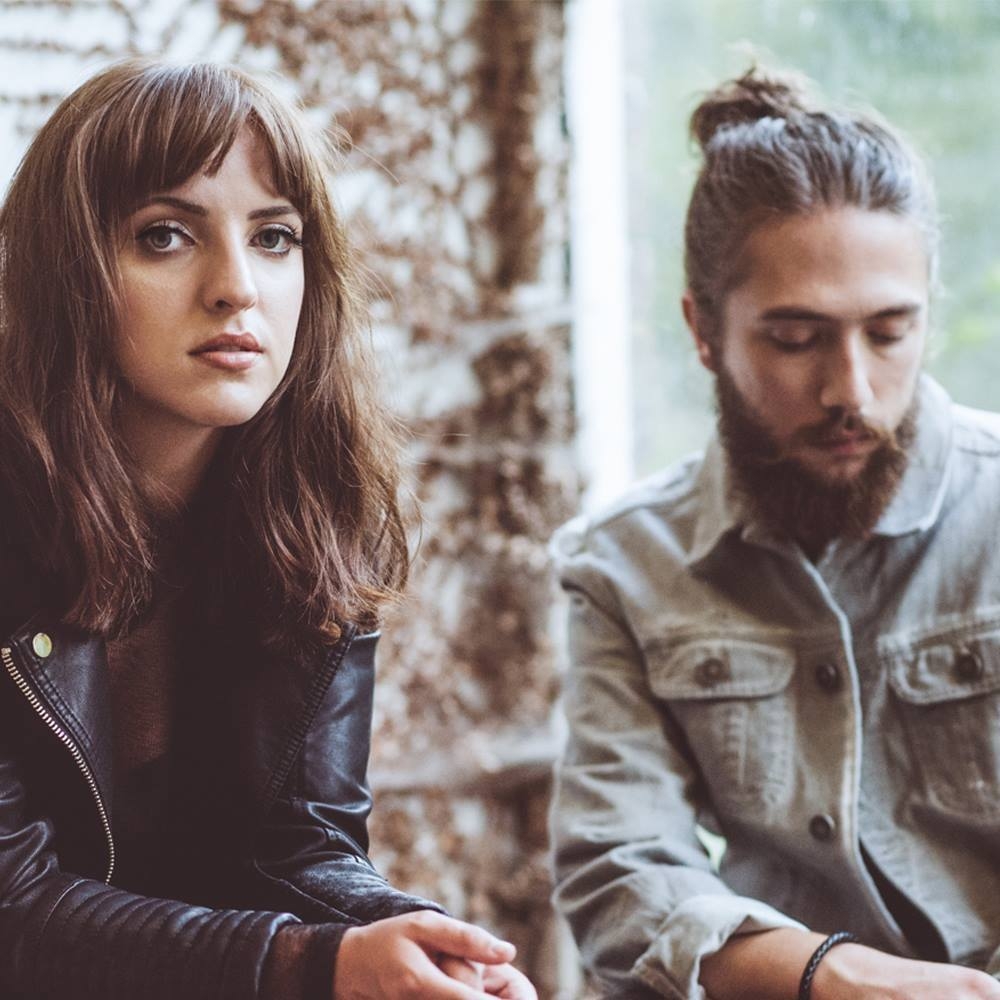 
It's hard enough to have one successful career. Having the strength to call time on it and start from scratch seems like self-sabotage. In Kate McGill and Dan Broadley's case however, it looks like it's going to pay off. Their early years – while exciting and substantial – now look like practice for the main event. The moment it was all building up to? Meeting each other and forming Meadowlark.

Prior to the band, Kate had clocked up tens of millions of views on YouTube for her catalogue of covers. She released an album, had tracks played on Radio 2, and spent a summer in Los Angeles writing with various renowned hitmakers. Dan, meanwhile, was playing in various rock bands and earning a reputation as a great director having made videos with the likes of Don Broco, Lower Than Atlantis and Mallory Knox. But Kate was feeling drastically unfulfilled, worried she was only going to be known for covering other people's songs when she had so many of her own waiting for an audience. Dan, meanwhile, musical tastes changing and growing all the time, was lumbered with bandmates that would neither shift their focus or gig further than 10 miles from home. Something had to give. With both Dan and Kate hailing from Plymouth, a town with a relatively small music scene, it's little surprise they already knew of each other.

Now living in Bristol, Kate speculatively contacted Dan wondering if he might be interested in collaborating. Sure enough he was, and soon after she was driving down to the south coast, where, after drinking a fair amount of wine to calm her nerves, they started jamming. A matter of weeks after deciding they were a band – albeit a band without a name, finished songs or any recordings – they were asked to support Bastille. Suddenly the vague sketches of songs they'd created needed to be finished, and they had to find a name.

First things first Kate scoured every book she could find looking for inspiration, and stumbled across Meadowlark. It seemed a good fit. After all, meadowlarks are known for their song, and Fleet Foxes, a huge influence, have a song of the same name. Still toying with the idea, good old-fashioned serendipity stepped in. After Kate announced she was quitting her YouTube career with an impulsive Facebook post, one fan, among many of her hundreds of thousands of subscribers, replied with a link to a video to wish her well. Amazingly, despite the fact she'd told no one about the band name she was eyeing up, it was simply screengrabs of Kate cut with video a meadowlark in flight. Spooky, perhaps, but it was more than enough to seal the band's name.

Hear Meadowlark before the show here