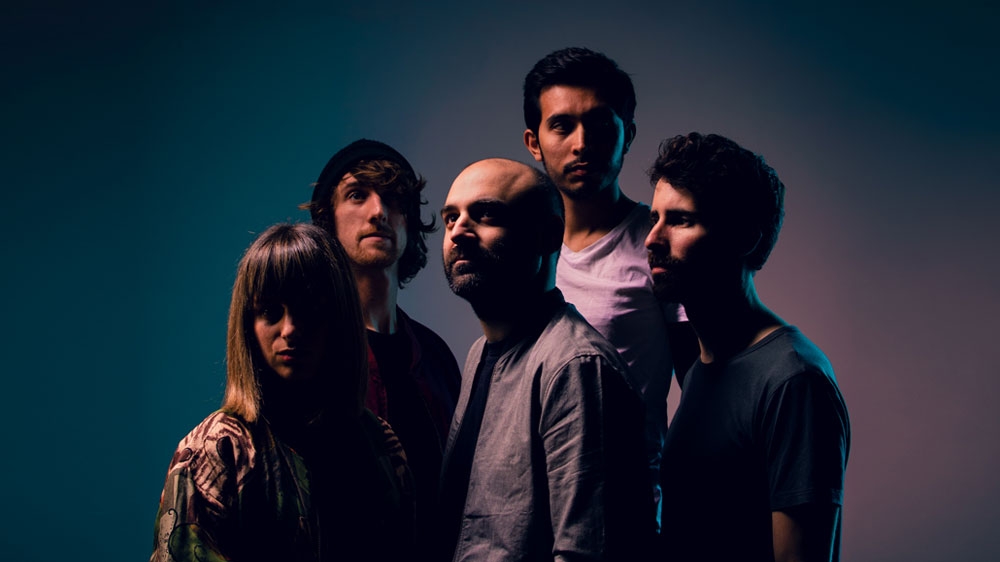 
Travelling through places where borders disappear, Kinkajous give birth to an innovative path to nu-jazz. The London based quintet (led by saxophonist/ clarinetist Adrien Cau and drummer/producer Benoît Parmentier, joined by pianist Maria Chiara Argirò, bassist  Andres Castellanos and Jack Doherty on keys) conjure a passionate, introspective and powerful music, that draws from their shared love for jazz and electronica. In their quest for new sonic highways, their unique setup and and vision brought them to uncharted territories.

More recently, they have been writting and recording their debut album, which announces a clear turning point for the band. With an uncompromised identity, their new material is a mesmerizing blend of powerful synth lines with strong jazz elements. The album has been recorded by Jim McRae (Jordan Rakei) and mixed by reknown Brendan Williams (whose past work includes releases from the 2014 Mercury Prize nominated Gogo Penguin). This is sure to be an essential  and exciting release in an already thriving UK Jazz scene.


"We’ve been working with them on their debut album which has been the soundtrack of our summer. They’ll follow in the footsteps of GoGo Penguin with real crossover appeal, serving up jazz that sounds like it was written and recorded on a spaceship." - Dan Parrott, Low Four Studio