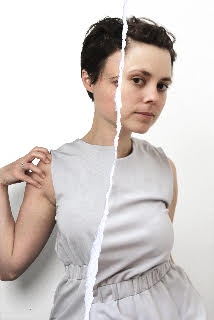 
On 9 March 2018 Elle Mary & The Bad Men are to release their debut album. Called 'Constant Unfailing Night', the 9 track album follows the release of the 'Bloom In Thickened Skin' EP, and showcases the beautiful, stunning and arresting voice of haunting folk-noir singer songwriter Elle Mary.

Currently residing in Manchester where she launched and ran The Folk Cellar for two years, Elle Mary started out as an acoustic folk singer, and her debut album 'Constant Unfailing Night' sees her wear her heart and colour her emotions on her sleeve. The record started in response to a break up, morphing into a beautiful journey via the process of grief through which Elle Mary found inspiration and rejuvenation, leaving her previous folk textures behind as she picked up her brother's electric guitar and transformed into the darker, spidery Elle Mary & The Bad Men. This is what lies beneath the subtle tension that tugs at the heart of her and The Bad Men’s acoustically-webbed slowcore minimalism.