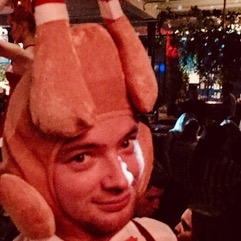 
Over the best part of a decade, Bandaoke Manchester has become well-established as a night out of some local notoriety. For those of you that don’t know, ‘Bandaoke' is exactly like Karaoke, BUT WITH A LIVE BAND. Comprised of some Manchester’s finest up-and-coming session players, the Bandaoke Manchester house band take requests from a repertoire that spans well over a thousand smash hits taken from the last 60 years of popular music, affording their adoring public the rare chance to croon their favourite tunes, on a real stage with a real band.

Having started life in some of Manchester’s dodgiest dives, the group have variously held residencies at The Ram & Shackle, 256, and the UoM Student Union, but can presently be found plying their trade at The Ziggy Sixx Social Club (Fallowfield) and Bunny Jackson’s (First Street) on Tuesdays and Thursdays respectively. Come and have a go, if you’re brave enough…