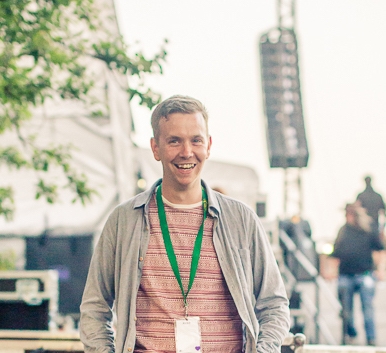 
At the age of 15 Andy Smith started promoting concerts in village halls clubs in and around South Cumbria. A couple of years later and in need of a larger venue the idea was born to build a temporary music venue using a bigtop tent and some scaffolding in the local park. The Kendal Calling festival was born. With an initial capacity of 900 people, the award winning festival has continued to sell out year on year and has grown to a capacity of 25,000 spread over 15 stages and 4 days in the stunning surroundings of Lowther Deer Park.

As co-founder of From the Fields alongside Ben Robinson, Andy also launched Bluedot Festival at Jodrell Bank Centre for Astrophysics in Cheshire. Taking place in the shadow of the iconic Lovell telescope the festival plays host to a heady mixture of science and music - speakers and musicians - from Richard Dawkins to Kraftwerk.