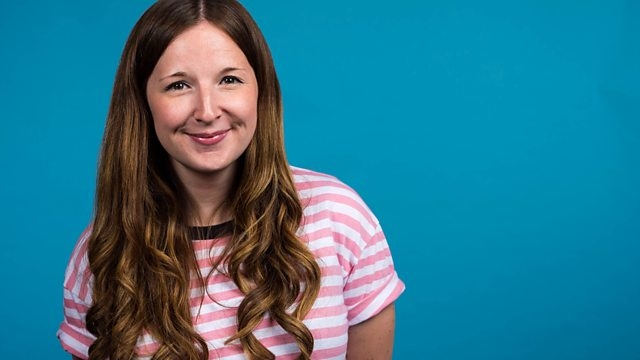 Abbie McCarthy is the go-to-girl for the best new music recommendations. Abbie currently presents BBC Music Introducing in Kent, a radio show that is greatly respected amongst members of the industry and music fans alike for its top music curation. Abbie has discovered and championed a vast array of great acts and is very popular with listeners because of her warm, fun presentational style and infectious sense of humour.

Abbie first took to the radio controls whilst she was studying at Warwick University, presenting and producing three shows every single week. Her hard work and tremendous talent were recognised at the 2012 Student Radio Awards where she won the accolade of Best Newcomer.

You’ll now hear Abbie regularly covering shows on BBC Radio 1, most recently depping for Huw Stephens in the evenings, Phil Taggart on The Specialist Chart and Matt Edmondson at the weekends.

Abbie has also reported from a variety of festivals, bringing all the highlights and excitement to the audience at home. As well as this, she has flown the BBC Introducing flag internationally, presenting a series of special shows on SXSWfm, ahead of the legendary music festival in Austin, Texas.

Abbie can also be heard from time to time covering the British Council’s weekly new music show The Selector, which is broadcast across 40 countries to a listenership of around 3 million people.

Abbie is a brilliant and entertaining compere, having hosted stages at BBC Radio 1’s Big Weekend, Glastonbury and The Great Escape.

Abbie is the mastermind behind Good Karma Club, a club night championing the hottest new bands around. Previous alumni include The Amazons, Pale Waves and Tom Grennan. The inaugural Good Karma Club tour kicks off in April 2018.

Abbie is one of the best and most heralded tastemakers in the UK and is a true force to be reckoned with!